Last week was Sleep Awareness Week. This is an annual event that highlights the importance of having good quality sleep. This year’s theme is ‘Sleep on it: Memory and problem solving’ and there was a lot of discussion about ongoing poor sleep (especially sleep apnoea) being a risk factor for dementia. But sleep is also critical for optimal functioning of a teenager’s brain.

Sleep patterns – known as chronotypes – change as we age. Babies and children are larks i.e. they wake up early and go to sleep early. Adolescents are owls – they stay up late and wake up late. (I’m obviously still an adolescent.)

The technical term for larks is ‘early sleep chronotypes’ while owls are ‘late sleep chronotypes’. The average teenager needs about 9 1/2 hours of sleep every night because there is so much going on in their brains. They are learning a huge amount at a very fast pace and sleep is when all this learning is consolidated. Sleep also leads to teens making better food choices and managing stress more effectively.

However because they have to go to school, teenagers are forced to wake up before their brains are are programmed to do so. Unfortunately this doesn’t result in going to bed earlier because their brain does not adjust at the other end of the day. This means that they’ll take any opportunity to sleep in. It also means they are not being rebellious when they don’t want to go to bed early. Their brain isn’t wired to be sleepy until late into the night. Starting at age 10 or 12 years, the teenage brain releases melatonin (the hormone that induces sleep) about 2 hours later than the adult brain. This means the average teenager is actually revved up at 7 or 8pm and nowhere near wanting to sleep at 10pm. Why nature would do this to parents is beyond me.

Melatonin also stays in the teenager’s system longer. This means it’s harder to wake them up and they feel groggy for quite some time. Several studies in the US have found that making school start time 70 minutes later (8.40am instead of 7.30am) significantly improved grades and reduced the incidence of depression. When students are given tests at 10am they perform better than when the same test is given at 8am.

One disturbing study found that teenagers who had trouble sleeping at ages 12 to 14 years were two and a half times more likely to report suicidal thoughts at ages 15 to 17 than adolescents with good sleep habits. Japanese researchers found that teens who used their cell phones after ‘lights out’ not only had reduced time asleep, they were at increased risk of mental health disorders including self-harm and suicide.

In short, there isn’t a single aspect of a teenager’s life that isn’t adversely affected by a lack of sleep. In fact, after 16 hours of wakefulness (eg 7am to 11pm) our brain operates as though we have a blood alcohol reading of 0.05% – the legal limit for driving!

My intention is not to paint a gloomy picture but to help you convey to your teenager the importance of a regular good night’s sleep: everything in their life will improve. (And also in yours.)

Physical consequences of sleep deprivation include:

Mental consequences of sleep deprivation include:

Emotional consequences of sleep deprivation include:

One positive message is that if you learn something in the evening and then follow it with a good night’s sleep, you’ll remember it much better than if you sacrificed sleep and crammed into the early hours. Similarly if you learn something during the day, go for a walk in nature soon after – it will improve recall of the material the following day. 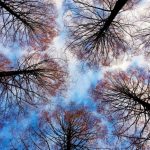 How to rewire your brain to shed excess body fatMindset 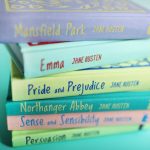