What’s the Recipe for Life?

DNA stands for De-oxyribo-Nucelic Acid. It’s the stuff we inherit from our parents and it’s found inside the nucleus of our cells. (Some is also found in our mitochondria.) Recently I compared DNA to a sum of money we all inherit. Another way of describing DNA is that it’s like a long list of ingredients.

A specific combination of ingredients make up a recipe. In human biology, a recipe is called a gene. Genes are recipes for making proteins. The number of ingredients and the way they are combined determines the type of protein that a cell will make. In turn, the size and shape of a protein determine its function. Proteins serve many and varied roles in the body and are critical to everything we do, feel and think. Proteins can be structural (like keratin in our fingernails), contractile (like myosin in our muscles) or functional like hormones, neurotransmitters, digestive enzymes and antibodies.

Just as in the past we believed that we couldn’t change our brains, we also believed that we couldn’t change our genes. We now know that we are NOT passive victims of our genes. The way we live our lives influences whether certain of our genes are turned on or off, or whether their activity is ramped up or down. Our decisions are more powerful than our DNA.

The sum total of our genes is like all the recipes in a cook book. We own the cook book and we get to decide which recipes we will and won’t make. We also decide which recipes we make more or less often. The same goes for activating our genes and producing proteins. Factors such as how much we exercise, the foods we eat, the drugs we consume, the toxins we’re exposed to, the stress we’re under and even the emotions we feel, interact with our genes and influence whether or not the recipe is read and the protein is produced. In other words, environmental factors – including our thoughts, beliefs and perceptions – interact with our genes to influence their expression. This in turn, determines every facet of our health. This new branch of science is known as epigenetics.

* To read other HEB’s in the DNA series click below:

What are you doing with your DNA?

Our Decisions are more powerful than our DNA 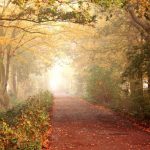 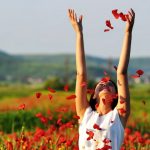