What’s the most powerful habit that prolongs life?

If you’ve read my previous Health-e-Bytes about the healing power of relationships, you know that simply talking to someone can improve our physical and mental wellbeing and it’s never been more important to do so. In fact, chatting to people on a regular basis is the number one habit that keeps us healthy and lengthens our lives.

How can something so seemingly trivial do so much good?

Lots of little conversations throughout the day contribute to our health by increasing levels of the anti-stress hormone oxytocin (also known as the cuddle hormone). Having genuine conversations (even if brief) also builds a sense of belonging and community. Each conversation helps to create a friendlier world which reduces anxiety and depression (for both you and the person you’re conversing with) which reduces heart disease and stroke (for both you and the person you’re conversing with). Scientists refer to frequent friendly interactions as a measure of ‘social integration’. A seven year study by professor of psychology Julianne Holt-Lundstad at London’s Brigham Young University found that the higher a person’s level of social integration, the longer they lived. As stated above, social integration was the strongest predictor of a long and healthy life. In other words, social integration was more important than not smoking, maintaining a healthy body weight and exercising. This is not to endorse going outside for a smoko with your workmates! By all means, go outside with your mates but support each other in not having a cigarette.

Whenever you have the chance, speak to as many people as possible. Have a conversation with your postman, barista, supermarket attendant and the person socially distanced from you in a queue. It doesn’t have to be a long discourse — simply exchanging something pleasant and interesting is a great start. People often predict that others don’t want to be approached or that random conversations with strangers would feel awkward. Behavioural scientists Nicholas Epley and Juliana Schroeder did a series of experiments to test this very hypothesis.

Commuters on trains and buses were randomly assigned to one of four groups:

What would you predict?

Most people in Group 4 predicted that those who rode in solitude would have the most pleasant trip and those speaking to strangers, the least positive experience. The result was the exact opposite. People enjoyed conversing far more than they expected. The same results were obtained when people in a taxi were asked to speak with their driver. In another experiment, participants in a laboratory waiting room who were spoken to by a stranger, reported just as favourable an experience as the person instructed to strike up the conversation.

It’s sad that we’ve created a culture of ‘stranger danger’. I’m not suggesting you seek out someone in a dark alley, but when we find ourselves in non-threatening environments, don’t forgo the chance to have a chat. You might just help someone withstand Covid and prolong their life.

Please forward this Health-e-Byte to anyone who would like to live longer.

Click below to read other Health-e-Bytes in this relationship series:

Part 2 – A friend a day keeps the doctor away

Part 3 – What boosts our brain more than vitamins and minerals? 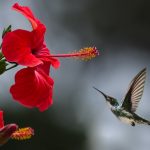 Turn off the lights!Health, Inspiration/motivation, Sleep