I believe that replacing the Heart Foundation Tick with the Health Star Rating is like putting a bandaid on a broken bone. I believe it will NOT lead to improvements in the health of Australians. In fact I think it sends the wrong message to consumers: that processed foods are a healthy option as part of a regular diet.

Most processed and packaged foods (but of course not all packaged foods) need to be viewed for what they really are: an emergency option for when I need to fuel my body in a hurry and I don’t have time to cook a meal. Not something I eat every day – other than packaged items such as raw, natural nuts, plain unflavoured, unsweetened dairy products, rolled oats or the occasional tin of artichokes.

If you read the fine print on both the Heart Foundation and Health Star Rating websites, they actually say just that. But that’s not the message that comes across the loudest.

Most things start with good intentions and 26 years ago (in 1989) so did the Heart Foundation Tick. Three positive outcomes achieved by the Tick are:

So the Heart Foundation gets a tick for that! However there were major flaws with the system:

So will the new Health Star Rating System change anything? No. For a start, it still has flaws #2 #3 and #5 as outlined above. In addition, it is a voluntary system. That means if a food manufacturer does not receive many stars it can choose not to reveal its rating. Would you publicise a low score if you were a food producer? And shoppers won’t know if a food without a star rating has not been rated or is choosing not to display a poor rating. This renders the system meaningless.

My critical point is not to be lulled into a false sense of security if you see a food with 5 Stars. The campaign’s main message – ‘the more stars the better’ – is misleading because it doesn’t spell out clearly enough that Stars relate only to processed and packaged foods that are compared to foods within the same category.

We’ve made our lives complicated enough so let’s keep eating simple. Choose fresh, whole, unprocessed foods that have been interfered with as little as possible. Eat with joy and awareness and savour every mouthful. When we tune in to our bodies and notice subtleties of taste and texture, we will intrinsically know what nourishes us.

*This HeB appeared as an article in the January edition of Great Health Guide. 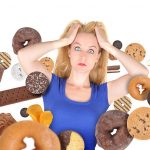 Sugar is the New FatSugar