Last month I wrote about the dangers of prolonged sitting.  Many readers have questioned how to most effectively counter this trend, given the demanding desk work that many people engage in, and the pressure to be visibly productive every minute of the working day.

You could begin by emailing this Blog (and last month’s) to everyone in your workplace so that people realise you are increasing your productivity and not slacking off whenever you stand! 🙂 Better still, print several copies of this Blog, get to work before anyone else arrives, and pin it up where everyone will see it.  This will give you the added benefit of walking around the office before you even start work.

Standing at work is not a new idea.  The stand-up desk has been the success secret of great men for centuries.  Lewis Carroll, Donald Rumsfeld, Charles Dickens, Otto von Bismarck, Henry Clay, Thomas Jefferson and John Dos Passos were all standing desk enthusiasts.  Women were already standing or moving for most of the day with all the housework they were doing, hence they don’t get a mention.  There is some debate about whether Virginia Woolf used a standing desk – it appears she alternated between standing and sitting – the ideal situation.  One of the most keen standing desk users was Ernest Hemingway, who declared that it improved his breathing, posture, focus and energy.  And Victor Hugo admitted it was so that his stomach didn’t sag – he felt he looked more attractive when he was standing rather than sitting!

So you’ll be in excellent company when you take up standing as a regular habit.

The good news is that challenges such as how to spend more time standing, open the door to creative thinking and collaboration.  Stand up desks are becoming increasingly mainstream in companies such as Apple, Google, Chevron, Intel and Boeing.  The Commonwealth Bank in Sydney is trialling a mobile way of working.  Employees don’t have desks or landlines.  Instead, they spend their day roaming between chairs, standing desks and conference tables, depending on the task at hand.  It has encouraged a culture of greater interaction and innovation, not to mention better health.  Meanwhile, some of my colleagues have incorporated a treadmill desk in their office.

The more there is consumer demand for standing solutions, the more companies and entrepreneurs will create better solutions.  And you can also create your own varied routine.  I am not advocating prolonged standing either, as this brings its own health hazards.  Excessive standing can increase load on the circulatory system and raise the risk of varicose veins.  Meanwhile, desks and screens that are not designed for standing, will lead to leaning, stiff necks and compromised wrist posture, predisposing to carpel tunnel syndrome.

The solution – as with most things – is a balanced approach.  Ideally, alternate sitting with standing, pacing, stair-walking and raising yourself on your toes every so often.  Consider getting a lectern next to your desk so you can comfortably read and work at the correct height while standing.  This moving routine may seem tedious at first and take a bit of getting used to.  But it’s a habit that will boost your brain and significantly reduce your risk of Type 2 diabetes. 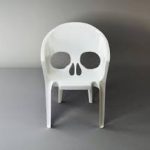 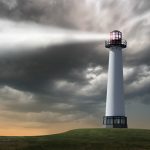