Our microbes need us to move.

Researchers at the University of Illinois have discovered that the composition of our gut microbes can be improved by exercise alone. How?

The first experiment compared faecal samples from mice that were sedentary with mice that were active. The diets and living conditions of the two groups of mice were otherwise identical. The only difference was whether or not they engaged in physical exercise.

The mice who exercised had enhanced microbial diversity (one of the keys to a healthy gut and immune system) as well as a higher number of butyrate-producing bacteria. Butyrate is a short-chain fatty acid (SCFA) known to be vital for colon health and energy production as well as helping to protect against colon cancer. The exercising mice also exhibited less inflammation and a faster recovery when exposed to toxins.

But can these results be translated to humans? Yes! When subjects were put on an exercise program consisting of 3 hours of cardiovascular activities per week for six weeks (walking, running, cycling or swimming), similar changes were seen in their gut flora. Once again, they made no changes in their diet so the effect was due to exercise alone. Note that the exercise was not excessive – an average of half an hour a day. However if they stopped exercising, the positive effects on their microbes started to wear off after six weeks. We need to keep moving for life.

Another simple but powerful measure that produces a positive shift in our bacterial species is overnight fasting for 12+ hours between dinner and breakfast. A species of bacteria called Akkermansia muciniphila lives off the mucous that lines the inside of our gut wall and it needs the gut to be empty in order to feed. The significance of Akkermansia is that lean people have much more of this bacteria than obese people. Experiments have demonstrated that placing Akkermansia into the gut of overweight mice stops them becoming obese and prevents them from developing diabetes. Scientists are thus madly trying to breed Akkermansia so they can put them into probiotics. But until this happens, leaving as long a gap as you can between dinner and breakfast is your best bet. Some studies suggest that 13-16 hours is ideal but do what fits in with your lifestyle.

And yes, that means you don’t have to eat breakfast first thing in the morning. I know this goes against everything you’ve ever been taught about healthy eating but it’s OK to skip breakfast! Have your first meal of the day when you get hungry – be that 6am or 2pm or any time in-between. Your gut will tell you when it’s time for you to eat. It’s called hunger. 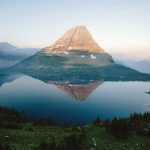 Do you really have a second brain in your gut?Gut 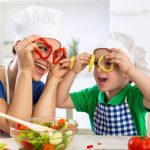