Helping others really does help ourselves

In the late 1930s Harvard researchers began a study of over 700 men that tracked their physical, mental and emotional health for the next 78 years. Not surprisingly, having a difficult childhood (characterised by illness, abuse or extreme poverty) often led to fewer opportunities and less happiness in later life. However when they reached adulthood, those individuals who decided to mentor young people going through hardship became more contented and fulfilled than those who had no such interaction with the next generation.

Another notable finding was that men who engaged directly with troubling issues, rather than sweeping them under the carpet, had better relationships with people. Unresolved issues can drain us of energy and distance us from others, even if we think we’ve put the matter out of our mind. It isn’t that we deliberately withdraw or pay less attention at work – the unconscious burden of an upsetting event smoulders in our subconscious. Speaking (not shouting) to the person you believe is responsible for your distress gives them the opportunity to explain their side of the story. You may even discover it was all a big misunderstanding.

An earlier study that tried to uncover the secret of becoming a centenarian found that longevity wasn’t related to having less stress in life – it was related to knowing how to bounce back after stressful events. In fact one of the centenarians attributed his long life to ‘Going to bed when I probably should have stayed up worrying.’

Another researcher Steven Locke studied the effects of stressful life events on the immune function of Harvard graduates by measuring the number of natural killer (NK) cells in their blood. Those who coped poorly with stressful events and reported feeling anxious or depressed had fewer and less effective NK cells. When their cells were placed in the presence of infectious agents, they were sluggish in their attack. Conversely those students who experienced stressful events but handled them effectively showed higher immune cell activity – even higher than for students who experienced few demands and low anxiety.

Overcoming challenges also boosts brain growth. Two groups of rats were reared under identical conditions. They all belonged to the same breed and were fed the same food. The only difference between them was that one group were given food without having to work for it while the second group had to overcome obstacles in order to get food. After three months the scientists scanned the brains of all the rats and found that those who had overcome obstacles had bigger brains (a larger cerebral cortex) than rats simply given food without having to exert any effort.

Friedrich Nietzsche was onto something when he said ‘That which doesn’t kill us makes us stronger.’ It also makes us smarter. 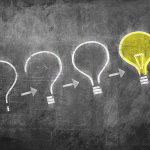 What’s your idea for a better world?Inspiration/motivation 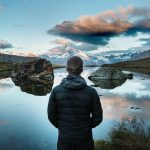