Get it off your chest

For several months I’ve been holding back from having a difficult conversation with a close friend. Difficult because it meant expressing my needs which were in apparent conflict with my friend’s needs. I kept debating with myself about whether or not the issue was really bothering me enough to mention it. I kept trying to convince myself that I could tolerate the situation. Perhaps I was being selfish and I needed to be more giving? I tried to focus on all the things I was grateful for in the friendship so I wouldn’t dwell on the one thing that was encroaching on my values.

One afternoon I felt I could endure it no longer and I broached the subject. I simply stated the impact of her behaviour on me. It wasn’t that the behaviour was intrinsically wrong, it was merely that it did not sit well with me. I clarified that it was making me uncomfortable and that I was having an internal battle trying to deal with it. What made it all the more difficult was that I couldn’t give a concrete, rational reason for my reaction. It just didn’t feel right.

I am acutely averse to conflict and every word I uttered seemed to stick in my throat. And I could see she was getting upset by what I was saying. Without a word, she left the café and I drove home wondering what would happen next.

I wasn’t prepared for the lease of energy that I suddenly found at my disposal. I felt lighter and freer than I’d felt in a long time. Dad even asked whether I’d won the lottery that evening! My relief at releasing what I’d been holding back was palpable. I wasn’t happy that my friend was out of sorts but I knew that I’d done the right thing in communicating my concerns.

That night I had the best sleep I’d had for months and I woke up feeling more refreshed than ever. I had no idea that the issue had been sapping me of so much energy. I had’t noticed that I wasn’t laughing as much. I hadn’t perceived that my usual cheer had slowly been draining out of me.

It’s now been several weeks since that conversation. My energy, vitality and productivity remain elevated. What saddens me the most is that I realise I’d become less patient with Dad because I’d exhausted my self-restraint by keeping quiet with my friend. I have made a promise to myself that I won’t let it happen again.

We need to honour our values even when they seem at odds with other people’s. Not being true to ourselves is what slowly, imperceptibly erodes our health over time. There’s a branch of medicine dedicated to investigating the links between our emotions, nervous system and immune system. It’s called psychoneuroimmunology. When we suppress our needs and hold back who we really are, it hammers our immune system and undermines our capacity to give.

Is there anything that you’ve been avoiding getting off your chest? 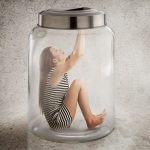 Do You Feel Stuffocated?Emotional eating 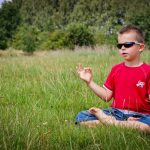