I want to share a good news story from France. Forward this to your friends and let’s start a similar conversation in Australia.

Excerpt from the The Telegraph UK on 27 January 2017. Read the full article here by Henry Samuel.

Restaurants in France face prosecution starting today if they offer unlimited soda drinks to customers in the latest Gallic crackdown on obesity.

France had already slapped a tax on sweet drinks in 2012. Now, a new decree makes it illegal to sell unlimited amounts of drinks with sugar or sweetener at a fixed price or for free.

Published in the government’s Journal Official website on Thursday and in force since Friday, the ban applies to all soft drinks or soda “fountains” in areas open to the public, including restaurants, fast food-chains, schools and holiday camps.

Home improvement chain IKEA had already removed drink fountains from its 33 centres around France, but other vendors, including French fast food chain Quick, waited until the day itself to change their drink fountain set-up.

Five Guys, a newcomer in France, opted to add microchips to cups so when customers try and get a refill from its fountains, they automatically switch off.

Parliament approved the ban in April 2015 and enshrined it in a health law in January 2016 as part of drive to reduce obesity. 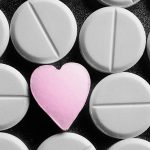 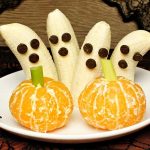