Several months ago (on 29th June) I wrote about decluttering the family home prior to making the move to Queensland. Since that time I’ve reflected on the meaning of releasing physical ‘stuff’ and the lessons I’ve learnt from the experience.

Our external world is a mirror of our internal world. When there is mess, disorder and piles of junk in your line of vision, how do you feel? Are you able to think clearly? Or does it drain you of energy and suppress your creativity? Do you feel enriched or stifled by the stuff you own? How much better, lighter and more powerful do you feel when you’ve created a clean, organised physical space around you? When you have room to breathe? I find that a cluttered environment clutters my mind.

Several of my retreat participants have talked about excess body fat stopping them from experiencing life to the full. For some people, excess body fat acts like a barrier between themselves and others, or themselves and the world in general. Other people talk about it hiding who they really are. The possessions we accumulate can play a similar role, cutting us off from experiencing the world around us fully – causing us to forget that we are not defined by things but by our spirit, our dreams and our intangible human qualities.

Stuff doesn’t fill an internal void. Neither does food. Of course we need some stuff. And we need some food. When we learn to let go of stuff, we are learning that it’s OK to let go of things that no longer serve us. That backpack was useful to you 10 years ago but do you still need it? That layer of body fat might have made you feel safe at one point in your life but do you still need that protection now? Chocolate biscuits might have been your best friends when you were at school but perhaps it’s time to change that relationship? You don’t have to dump your chocolate friends completely, just loosen your reliance on them.

There’s another fascinating analogy between keeping too much stuff and eating too much food. The most common reason people overeat is not wanting to waste or throw out food. Think Tupperware! Often food tastes better when heated up the next day. The most common reason people hang on to stuff is not wanting to throw out something potentially useful. This is definitely the case with me. I couldn’t bear to bin things that were still in good working order. And charities are very selective about what they accept. So I decided to sort out what I didn’t want, pack everything into boxes, and worry about what to do with them later.

What happened next was nothing short of a miracle. My new mantra is ‘Pack it and they will come.’ A friend rang to say her daughter had just bought her first home and she had no money left to buy anything else. Could I spare any kitchenware? Another friend mentioned a wonderful charity called The Footpath Library that gives free books to homeless people living on the street. They are always looking for donations of good quality books. A neighbour mentioned that Stepping Stone House was in need of bed linen. And so it went on. Every time I packaged up a box of stuff that I no longer needed, someone turned up who either needed it themselves or knew of a charity that was looking for it. I have no explanation for how everything synchronised. Life truly works in mysterious ways. We need to trust more and worry less. 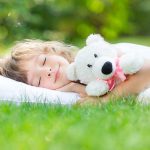 Get it off your chestEmotional eating