Can honey curb the common cold?

Bring me some honey, Honey!

If you catch a common cold, swap your antibiotics and cough suppressant medications for honey! Antibiotics are of no use in treating colds because most colds are due to viral infections. The good news is that University of Oxford researchers have confirmed that honey can relieve symptoms of upper respiratory tract infections (URTIs).

Is there a particular type of honey that works best?

All forms of honey have antibacterial and antiviral properties because they contain chemicals that produce hydrogen peroxide. Some types of honey may be more effective than others but the researchers found that all types of honey were beneficial — particularly raw honey and manuka honey. Manuka honey is special because it contains an additional bacteria-killing compound called methylglyoxal.

What is raw honey?

What dose of honey do we need?

Two teaspoons of honey at bedtime (10mL) reduce cough and improve sleep. When compared with a common cough-suppressant called dextromethorphan, honey was shown to be equally effective.

Is it best to have honey ‘straight’ or added to warm lemon water or tea?

Straight or mixed with a warm drink works equally well — whichever you prefer.

But isn’t honey just another form of sugar?

Yes, honey is a form of sugar and counts towards our daily sugar allowance of 6 teaspoons per day for women and 8 teaspoons per day for men. It contains fructose and glucose and therefore stimulates insulin release. It is also rich in calories, providing 20 Calories in one teaspoon. However, if you have a bad cough that keeps you awake at night, having a few teaspoons of honey before bed (and brushing your teeth immediately afterwards) is not going to cause any harm. Honey also contains flavonoids (antioxidants) and trace amounts of minerals such as iron, calcium, potassium and magnesium. If honey is used as a medicine or savoured as an occasional ingredient, there is no problem with its use.

Coughing isn’t all bad because it helps to clear mucus from our airways. If it isn’t distressing you and you’re otherwise healthy, there is no need to suppress it.

One bee makes only about half a teaspoon of honey in its entire life. Whenever I have my two medicinal teaspoons, I marvel that I’m consuming the life’s work of four bees, and I send my anonymous donors a quiet thank you.

Children under the age of one year should NOT consume honey because of the rare but serious risk of infant botulism. This illness is caused by ingesting spores from a bacterium called Clostridium botulinum. The spores are occasionally found in honey and soil. Before the age of one year, a baby’s digestive system has not matured enough to eliminate the bacteria before it secretes its toxin. Older children are able to excrete the bacteria before it can make them sick. Symptoms of infant botulism include constipation, muscle weakness and difficulty eating and breathing. If diagnosed early it can be successfully treated with no long term effects.

Please forward this Health-e-Byte to anyone who has a cough or enjoys honey. 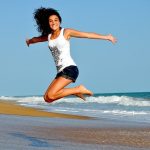 You don’t have to wait!Article, Gut, Health 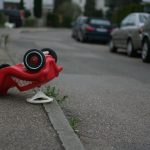 Can you drive with a hangover if your BAL is normal?Alcohol, Gratitude, Health