What does birth have to do with girth?

Almost one third of Australian babies are delivered by Caesarean section. In some cases the procedure is life-saving and therefore imperative. In other cases, it is the mother’s or doctor’s personal preference. Until recently we believed that Caesarean deliveries were perfectly safe. We have now discovered there are hidden costs to the baby’s future health.

During pregnancy, the bacteria in a mother’s gut and vagina undergo changes. Some species become more prevalent, others less. The bacteria that start to flourish have two roles:

However if a baby is born by Caesarean section it picks up a completely different cocktail of bacteria – not the lactobacilli found in the birth canal but skin micro-organisms and bacteria that are floating in the air of the operating theatre. These latter bacteria have a different effect on the baby’s immune system and metabolism, resulting in a 20% increased risk of asthma and type 1 diabetes, along with a higher chance of autoimmune diseases, gut disorders and obesity.

In order to improve the health of babies delivered by Caesarean section, obstetricians are trying a new technique. During the last hour before the Caesarean, they place a small piece of sterile gauze in the mother’s vagina to soak up the bacteria-rich fluids. Then as soon as the baby is delivered, the doctor passes the gauze through the baby’s mouth and over their face and entire body. The aim is to inoculate the baby with the microbes it would have received if it had passed through the birth canal. And the procedure works! The gut bugs in the Caesarean baby now resemble those of a naturally delivered baby.

I believe this will soon become standard practice all over the world. But please don’t try this at home! Mothers need to be screened to rule out any infections that may be passed on to their child. My message is to become a wary consumer of modern medical practices. If you’re pregnant and might need a Caesarean, please speak to your obstetrician about how you can give your baby the friendly bugs they need for an optimally healthy life. 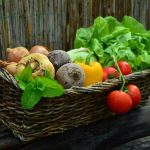 What are all those busy bugs doing?Gut 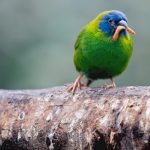 I’ve opened a can of worms! Or should I say bugs?Gut