An Antidote to Fructose

At last a good news story about fructose. But first another bad news story. Sorry.

Fructose has been shown to impair brain function by changing hundreds of genes in the hippocampus and hypothalamus that regulate learning, memory and metabolism. High fructose levels damage signalling between neurons, increase toxic molecules in the brain, and diminish the ability to learn and remember information. Too much fructose has also been implicated in ADHD and Alzheimer’s disease.

But the same UCLA scientists have found a promising antidote: consuming a diet high in DHA (docosahexaenoic acid) – an omega-3 fatty acid. DHA is abundant in oily fish (particularly wild but not farmed salmon, mackerel, herring, trout and sardines), and to a lesser extent in nuts (especially walnuts) seeds, flaxseed oil, whole grains and dark green, leafy vegetables. DHA appears to have the opposite effect to fructose on gene expression. In studies on rats fed both DHA and fructose, the harmful effects of fructose were largely prevented.

Researchers trained rats to escape from a maze and then randomly assigned them to one of three groups. The first group received water containing fructose equivalent to drinking one litre of soft drink per day for six weeks. The second group received ordinary water. The third group received the same amount of fructose water as the first group, together with a diet rich in DHA.

This is not licence to consume a box of donuts as long as you had grilled salmon for dinner. There have not been any equivalent human trials nor recommendations for what constitutes a diet high in DHA. The message is that no single dietary factor is the isolated cause of poor health. It’s the totality of what we eat and the interplay of different foods that has the greatest effect on our health. So keep fuelling yourself with nutritious home cooked meals and you will mitigate the effects of occasional indiscretions.

This is part 3 of a 4 part series on the real effects of sugar on the body. To view the other articles in the series click on the titles below: 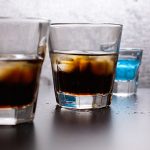 Fructose is the New BoozeSugar